Would You Like A Front Wheel With That Motorcycle? 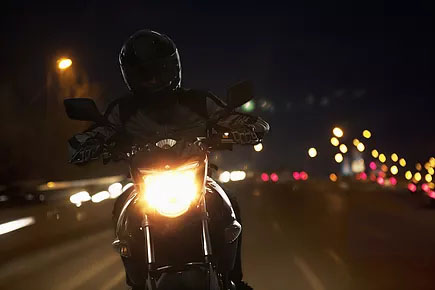 Partnering with a website provider to create your digital dealership is a lot like the partnership you had when you contracted to have your brick-and-mortar built. The process is very similar.

With your physical dealership, you started with a plan. Your plan outlined everything that was necessary for your dealership to function – foundation, framing, electrical, plumbing, lights, etc. are all a part of the plan for an optimal performing dealership. Once everything was completed, there was a punch list created for those last finishing touches necessary to make everything perfect.

As it turns out, this is very similar to how your digital dealership is created as well. You have an initial meeting with your new provider, creating the digital floorplan for your online presence. You review functionality, what you like (and what you don’t), the look and feel, and much of the functionality you want.

One of the things that doesn’t get talked about (or is maybe glossed over) is what’s behind the walls of your digital dealership. What doesn’t get seen, but is extremely important. SEO.

SEO (search engine optimization) is extremely important, and most folks have come to understand that over the past few years – even if they don’t fully understand why.

It’s critical for search engines to understand how to navigate your site, and understand what your site is about. The better they understand and interpret your site, the better your rankings when people search for you.

There are a few things that are pretty important when it comes to having a strong online presence. Your site needs to be easily navigable. It can’t be difficult to find your way around. There has to be good, solid content, and it needs to be as unique as possible.

All of that is what is visible, but there’s more to the SEO game than that. Just like in your dealership, there’s some really important stuff hidden behind the walls that you can’t do without. You know, like electrical and plumbing.

In the SEO world, metadata is one of those things that, while not as important as it once was, still needs to be included in the header code of each page of your site to help search engines interpret what each page is about. There’s been a lot of talk saying that Google doesn’t look at metadata anymore, but split testing has shown that it’s still a player. It’s not visible on your pages, but ignoring it can cost you.

Having keywords in your URLs plays a really big part in how you appear in search results. Having the name of a particular unit in the URL for its inventory page can help boost the ranking of that page when searchers are looking for that specific unit.

Another big, behind the scenes player in the SEO world is proper naming of images on a page. Many folks simply leave whatever default image name tagged to the picture by the camera in place when they put it on their site. An SEO best practice is to name the image after what the image is. For example, if it’s a picture of a 2018 blue Honda Goldwing, use that as the image name when it’s placed on your site. There is also an option when using images for what is called ‘Alt Text.’

‘Alt Text’ is used when a browser is unable to display the image for whatever reason, the alt text is placed in place of the image. Search engines use alt text as a way to interpret what a page is about for indexing as well.

One of the biggest SEO elements to pay attention to, and that Google will either reward you greatly for, or penalize you in a big way for, is 301 redirects.

301 redirects are important because what they do is keep your navigation from other 3rd party sites operational. For example, let’s say that a third party site – a motorcycle enthusiasts magazine – wrote an article about a particular bike and linked it to a page on your site of that unit. That’s really great for SEO for you, and Google will reward you accordingly in their rankings. Now, let’s say some time has passed, and you’ve either gone to another website provider, or changed the layout of your current site, so that particular page no longer exists, or is called something else. If people click that link on the 3rd party page to see the unit mentioned in the article, they’re going to get a 404 page not found message. That’s called a broken link, and Google hates those, and your rankings will suffer greatly because of them.

301 redirects keep you in Google’s good graces by forwarding those page requests to the new, redesigned or renamed page so you don’t get any broken links.

Now there are a ton of other SEO best practices involving things like site maps, robot.txt files, and data formatting but my point is really this: just like when you contracted to build your dealership, there were best practices regarding it’s construction, the same thing applies when it comes to your digital dealership. Not just that, but it should be included in your build out. In other words, your site provider should include good SEO practices as normal and customary and NOT charge you an additional SEO package fee as some do. When you built your dealership, it wouldn’t have occurred to you that you would have to specify that you wanted light switch covers or door locks, it was just a part of the cost of the dealership. The same can be said for SEO compliant site structure. Anybody with half a lick of sense is going to insist on it, and if you’re going to be in the website business, it by gosh ought to be so ingrained in what you do that it wouldn’t occur to you to think you should charge extra for it.

I mean, after all, are front wheels an ‘option’ on motorcycles?

If you want to talk more about websites, or how we can help you switch to a site that will increase the number of leads you are currently getting, give us a call.